Best get grandmama her earplugs
when there's special dust in the air... 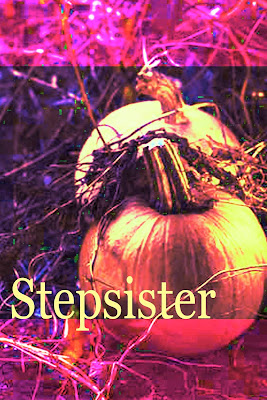 “Ursula, the pumpkins are acting up again,” grandmama said. “Could you please tell them to be quiet?”

“How are we supposed to do that, Ursula? Those pumpkin seeds went everywhere when that carriage crashed into our garden. No matter how fast we try to pick them and clear them out, that magic dust is still in the air, causing them to...change.”

Ursula shrugged her shoulders and pulled her sister along.

As they approached the garden, Stephanie and Ursula could see the oversized vines curling up into large wheel shapes, while some of the pumpkins were starting to dance and others were singing.

A look of dread crossed their faces when they realized the mice had joined in the singing, too.

“Best get grandmama her earplugs, Stephanie. I’ll get the broom to shoo the mice into the neighbor’s garden.”

“It’s not fair,” Stephanie grumbled. “She’s not even around anymore to help out. I’m sure she doesn’t have to deal with any of this at the palace. And all because her foot was smaller than ours.”

Ursula nodded in agreement. The sisters went about their work and tried not to think about their stepsister while they quieted the pumpkins down.

Story & Art: Amanda Bergloff writes modern fairy tales, folktales, and speculative fiction. Her work has appeared in various anthologies, including Frozen Fairy Tales, After the Happily Ever After, and Uncommon Pet Tales.