The Stone Around the Neck of the World - Kurt Newton

He shifted tides and tipped the earth
and broke the sky-wide silence... 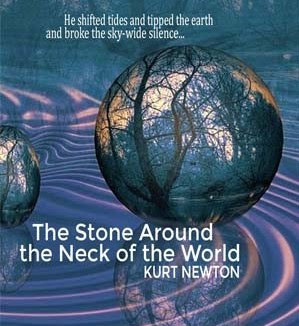 He was the stone around the neck of the world.
She was the ice upon the skin of the land.

Every time he moved, he shifted tides and tipped the earth
and broke the sky-wide silence with his scrape and rumble roll.


Everywhere she crept, she slid her fingers down each crack and crevice,


instilling silence with her deep and deathly chill.
When at last they met he crushed her brittle advances,
creating mounds of icy diamond dust.

But she was persistent, slowing his reckless movements
to a craggy crippled crawl.

Until, one day, he cracked beneath the frigid freeze,
spilling forth a core as soft and warm as once his shell was cold and hard.

The heat released rivers from her eyes that flowed down each trail,
creating lakes in each depression.

And she became the tears upon the face of the world,
and he the face beneath the tears.