This week, Enchanted Conversation Magazine
is featuring two Fairy Tale Flash stories:
Pennies Dropping by A.M. Offenwanger
and
Midnight by Fanni Sütő.
We hope you enjoy them and share your thoughts
with the authors of these tales in the comments section below. 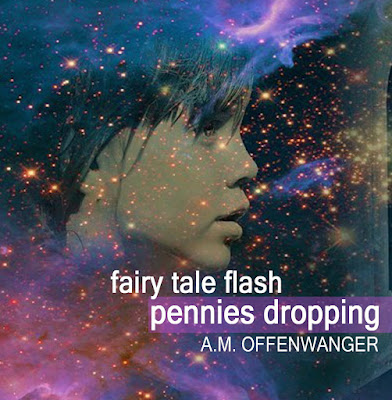 “So, has the penny finally dropped?” her grandmother would say bitingly. “You cannot give money away to riffraff, or you are left with nothing!”

Then Grandmother died, and she was truly left with nothing—just the cloak on her back. And that she gave to the poor woman with the baby, who sat by the side of the road shivering. The gratitude in their eyes warmed her so much, a corner of the heart that Grandmother had frozen began to thaw.

Her last piece of bread went to a beggar boy rooting through the refuse heap, and through the growling of her stomach she heard her heart singing.

An old woman with chilblains on her feet received her shoes; a blind young one, dressed in rags, her skirt. Her linen shirt, last legacy of her mother, she gave to a poor young bride; the joy in the girl’s eyes lit up her soul.


She stood in nothing but her thin, worn shift in the dark of the night where only the stars could see her, her heart glowing with a wealth of warmth.


A penny dropped, right from the stars. And another, and another, clinging to her shift, forming a cloak of silver, covering her. She stretched out her hands, singing her joy into the night. 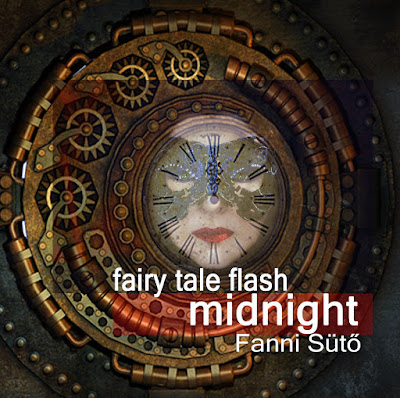 Her steps fell on the street softly like seconds rushing by.

It was an otherwise silent night and the houses of the sleepy town turned their eyes discreetly, while the stars hid their face in the dark drape of clouds. Midnight pulled her sorrow-red cape tighter and hurried towards the castle where her older sister, Prima was waiting for her impatiently. Midnight didn’t feel like going home, her heart rang like an empty bell inside her chest, and the memory of an unsure kiss lingered in the corner of her lips.

She met him in the masquerade; he wore a silver waistcoat and a dark blue mask. When they danced, his fingers felt so light on her waist as if they were just passing thoughts and when he stepped closer to her, Midnight could feel the smell of summer mornings on his clothes.

She knew that this one night full of music was the only thing they would ever have. The cello cried when their hands parted and Midnight only realised that she was still holding his glove when he had long disappeared in the crowd of dancers. She held the aetherial material against her face, it felt lighter than hope, and she hurried out of the hall. When Midnight stepped into the trembling light of street lamps, she realised that the boy was Daybreak, the eldest son of the Morning. Rumor had it that he ignored the strict rules of their people and had broken countless hearts. Maybe Midnight would also end up like that, but she didn’t care about the future, only the few minutes in the day when she could be herself. The cobblestones purred sympathetically under her feet and her sister let out a relieved sigh when the clock struck twelve.

Midnight was home and Prima set out to enjoy the sixty minutes that was her due, an hour full of dreams she would mourn in the remaining twenty three hours of the day.

Fanni Sütő writes poetry, short stories and a growing number of novels-in-progress. She publishes in English and Hungarian and finds inspiration in reading, paintings and music. She writes about everything which comes in her way or goes bump in the night. She tries to find the magical in the everyday and likes to spy on the secret life of cities and their inhabitants. Previous publications include:The Casket of Fictional Delights, Tincture Journal, Enchanted Conversation Magazine, and Fundead Publications.
Website: www.inkmapsandmacarons.com
Follow her on Twitter: @Fanni_Pumpkin