I was hoping she’d exhibit more of
my attributes when she hit adolescence... 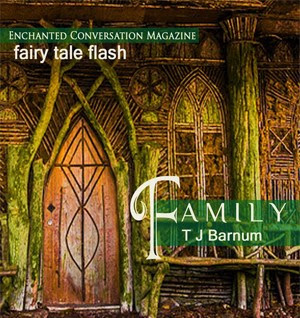 “Really Sandy? You expect me to eat that? Without anything to wash it down?”

“Drinking at meals interferes with your digestion,” Sandy said. “You’re not getting up from this table until you eat.”“But it’s green!” Alice said. She sniffed the offensive brew. “You put peas in it, didn’t you?”“If you must know, it’s split-pea soup. Full of nutrients.”“You know I detest vegetables. And besides, it smells funny.”“Oh! For crying out loud, Alice! Just eat!” Sandy’s eyes gleamed. “Do you want me to call your Father?”“I’ve always hated your cooking,” Alice said quietly, “Call him, I don’t care anymore.” She flipped the soup bowl upside down and jumped sideways to avoid Sandy’s claws.“You’ll pay for this, young lady!” Sandy yelled as Alice escaped outside.The split-pea soup was Sandy’s first attempt to kill her step-daughter. She’d done her best to disguise the poison with enchanted spices and the strong smell of peas. But it looked like Alice’s senses were becoming sharper, as was to be expected. Sandy sighed. She had hoped that years of abuse and intimidation would work to demoralize and control the girl. But she’d overestimated the power of burgeoning adolescence.That evening, she talked with Jim. “I know you’re fond of your child. But you know what must be done. I’m afraid we’ve waited too long already.”Jim said not a word. He thought hard, weighing options, possible solutions. “I was hoping she’d exhibit more of my attributes when she hit adolescence,” he growled.Sandy just stared at him.“I see more of her mother in her every day.” His face contorted. “I cannot stand her mother!”“Of course you can’t, darling. When did your two families ever get along? It’s amazing you stayed with the relationship as long as you did.”“Alice’s mom never really understood who she was,” he mused. “Although, she certainly acted the part from time to time.”“Alice will discover who she is soon enough, if she doesn’t already know. I’m with her more hours in a day than you. All I’m saying, she isn’t like you!”“That’s too bad,” Jim said. He shook his monstrously huge head and climbed to his feet. “Well, no point in putting it off. Let’s go eat her.”The two ogres headed outside, pausing only long enough to grab their heavy axes.“Alice!” her Father called, as he and his wife began circling the large meadow by their cave.“Jim!” Sandy yelled. “It’s too late!”Sandy pointed skyward. Jim looked into bright light, caught a breathtaking view of a golden dragon circling the open field.“Damn! She’s pretty!” he thought. “Just like her mother!”The ogres watched as Alice dipped her right wing in salute to her father, then flew out of sight toward the horizon.

T J Barnum's writing has been included in numerous literary magazines such as Rivet: The Journal That Risks, The Moon Magazine, The Dead Mule School of Southern Literature, Better Than Starbucks, Alban Lake, The Dirty Pool and more.
Find out more about T J at tjbarnum.com. 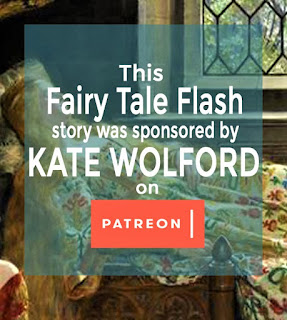 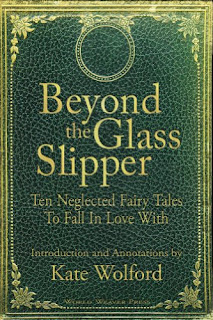