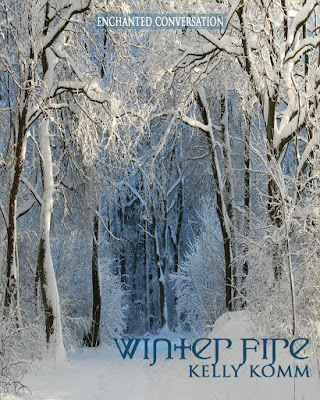 The first time, Brenna is seven. She is alone in the forest as the air grows still and cool, and she stops. She first notices them on the leaves of the bush; the intricate lines are unlike anything she’s ever seen before, as though the leaves have sprouted spots of spiders silk. But a moment later, they are gone. They have melted into a drop of water, rolling to the ground. Transfixed, she blinks up at the gaps between the trees, watching the flakes fall toward her. She can see that the sky above the canopy of the forest has become an endless expanse of cloud. She holds her breath as one drifts down, almost hesitant on the wind, landing tenderly on the end of her nose. Brenna would never forget the sound of her flesh sizzling.

Kelly Komm is a Canadian writer who loves winter. She has published a couple of young adult fantasy novels, and even won an award for one. She also spent several years making book trailers, reviewing books, and generally haunting the local writing community. When she isn’t bundled in layers of blankets with a book or her laptop, she is usually up to no good with her husband and mischievous two children. She can (very) periodically be found at kellykomm.blogspot.com. 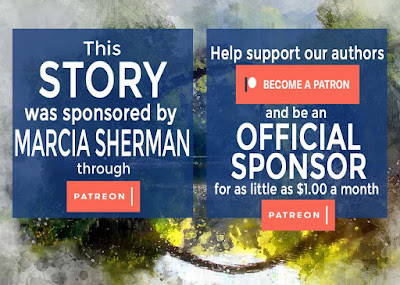