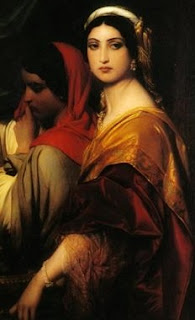 With my head in my hands


I lamented my plight -
an open tome before me
and nothing to write.

“Sister, take my hand,” you said.
“This is something you should see.”
You led me from our forest house
into a maze of trees
We flew through hazel , ash and birch
holly, oak and thorn
over fields of barley, wheat and rye
root vegetables and corn

past the farmsteads and the crossroad inns
and down the merchant’s trails
through the gate and the cobbled streets
of the City of FairyTales.

“Look, Dearest, how they toil,”
you laughed as we set down
on a rooftop in the thick of it
this busy, worried town.

“Look at the cinder girl, with sisters cruel!
Look at the cobbler, childless and old.
Look how the miller’s daughter weeps
for straw that won’t be gold.
See there, an orphan, bereft
with only a cat for a friend
and there, a lad with a pocket of beans
and a family to tend.

Look how sad, how poor, how droll!
Even their royalty frets!
for children, for power
for princesses in towers
for princes with impossible tests.
One Queen dies, another plots
the King mopes on this throne
while his kingdom rots

tell me, Sister, have you ever imagined
a place so boringly tragic?”
“Are you thinking what I’m thinking?” I asked.
And you grinned.  “Let’s give them magic.”
“You sing for water,” I said,
“I’ll awaken the earth.”
“You call the wind, and I’ll summon fire,”
you replied with mischief and mirth.
“Come spirits, come sprites,” we beckoned
“come sigils, come totems and charms
come sisters of moonlight, brothers of wood,”
we cackled and strode arm and arm

over all the land of Fairy
that dull little place
now a kingdom of wonder
hope, wisdom, and grace.

And returned, then, we did
giggling and giddy
to our cottage, our haven
just two doting biddies
with our cats and our cauldrons
and our head full of glories
racing each to our tablets
to write down the stories.
Shannon tells us: "My writing has appeared in such venues as: Pedestal Magazine, Strange Horizons, Flash Fiction Online, This Modern Writer [Pank Magazine], NewMyths.Com, Ideomancer, The Magazine of Speculative Poetry, and the anthologies Twisted Fairy Tales: Volume Two (Wicked East Press), Jack-o’-Spec: Tales of Halloween and Fantasy (Raven Electrik Ink) and Spec-tacular: Fantasy Favorites from Raven Electrick Ink. "
Image by Paul Delaroche has been altered.
on April 05, 2012