Every Samhain, the daughters of Airitech
would slip into their wolfskins
and ascend to the surface-world... 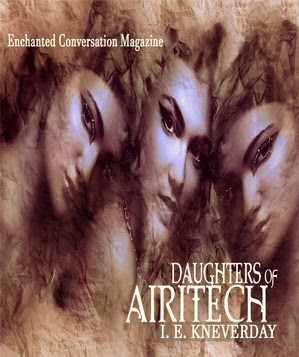 The creature Airitech had died at the hands of the humanfolk twice before and was of no mind to die a third time. A bloody inconvenience, dying was. And given the violent tendencies of the humanfolk, it could be a most gruesome affair as well.

But Airitech had to eat, lest he died for a third time of starvation. And for that reason, and perhaps that reason alone, Airitech was glad to have the company of his three daughters.

Following Airitech’s retirement, his daughters, whom he had never bothered to name, had graciously inherited and upheld their father’s harvest-time traditions. Every Samhain, when travel between worlds became possible, the daughters of Airitech would slip into their wolfskins, ascend to the surface-world, and ravage the plains of Connacht, collecting the plumpest lambs and fattest hares and juiciest boars to bring back to old Airitech.

In the years that followed, the humanfolk grew more defensive of their lands and their resources.

What’s more, they grew smarter. They began devising a strategy for keeping the daughters of Airitech, with their snarling jaws and slashing claws, at bay.


One year, the humanfolk prepared for Samhain by lining the streets of their villages with skulls. Skulls with gnarled teeth and sunken noses and coal-black eye-sockets. The daughters of Airitech had been frightened at first, but upon inspecting the skulls more closely, they came to see the truth: The “skulls” had been carved from turnips. And so, the daughters were no longer afraid. Nor were they deterred in their carnivorous task.
A year later, the humanfolk added a new, more fearsome weapon to their arsenal and employed it in their annual war against the daughters. When the daughters emerged from their cave that Samhain, they were promptly blinded by the light of a hundred tiny suns, which the humanfolk called “bonfires.” The bonfires hissed and crackled and belched thick blankets of smoke, making it impossible for the daughters to see their surroundings. And so, the daughters of Airitech learned to hunt by scent instead of sight. It took some getting used to, but they soon became masters of the craft.


“Be careful up there,” Airitech barked as his daughters once again slipped into their wolfskins. They were preparing for yet another Samhain. Another raid. Another harvest.

“Remember,” he continued, “All of our lives hang in the balance.”

“Yes, father, we know,’ the daughters of Airitech growled in unison, the three distinct notes of their voices forming a dissonant chord.

“And whatever you do, never trust the humanfolk. I learned that the hard way. Twice.”

“Yes, father, we know,’ the daughters of Airitech growled again. And then they were off, scampering up out of the cave and crossing over into the surface-world.

Upon reaching the ringforts and earthworks of Rathcroghan, which rested near the entrance of their cave, the daughters were immediately struck by the darkness. There were no bonfires. And no turnip-skulls lining the roads, for that matter. The daughters howled in delight.

“This Samhain harvest will be a breeze,” they thought to themselves, before stalking off into the night, six yellow eyes reflecting the cold autumn moonlight.

Then, they heard it.

A most beautiful sound.

The most beautiful sound.

It was a melody. A melody so sweet and so pure that it blunted the murderous instincts of the daughters of Airitech. With their tails wagging and tongues lolling and ears twitching, the daughters sought out the source of the music. Within minutes, they had found it.

A man, a human man, was sitting on a tree stump, playing a golden harp. A few sniffs of the air confirmed that he was alone.

“Ah, I see that my maidens have arrived,” the man declared upon seeing the three sisters. He spoke without ceasing his rhythmic, delicate, hypnotic plucking of the harp’s silver strings.

“Allow me to introduce myself. I am Cas Corach. And what might your names be?”

“Yes, of course. But what are your individual names? You see, if you tell me, I will be able to sing of you in my songs.”

“We do not have individual names,” the daughters growled, the realization now distracting them from their enjoyment of the music.

They bared their teeth.

“And in truth, we have important business to which we must attend. I trust you will not distract us any further.”

Cras Corach wiped a rivulet of nervous sweat from his brow.

“My dear maidens, let me be honest with you. I am, in fact, here for that precise purpose. To distract you.”

The daughters opened their jaws.

“Wait!” Cras Corach shouted, putting aside his harp. “For you have only heard half of my explanation. You see, the true and fair ruler of this land, Caílte mac Rónáin, has hired to me play for you this night, while you await the deliverance of your tribute.”

“Our tribute?” the daughters echoed.

“Indeed. Caílte mac Rónáin has proposed that in exchange for your pacifism on this night, we shall deliver to you, right here, on this very spot, a great offering. Our plumpest lambs. Our fattest hares. Our juiciest boars. All of it, yours.”

As the daughters of Airitech considered this proposal, Cras Corach resumed his playing, and the intoxicating melodies of his golden harp with the silver strings once again flooded the daughter’s pointed ears.

“Just sit here awhile and listen,” Cas Corach spoke in a soothing tone, “and all that you desire will be delivered to you. Enough food to last a century. Hark, are those not the sounds of pounding hooves and rolling wheels in the distance? Surely, those must be the shepherds and the villagers, on their way here now with their livestock and their carts full of wares.”

Cas Corach strummed his harp more gently, and, to their amazement, the daughters of Airitech were indeed able to hear the sounds that he described, lending credence to his story. So, the daughters sat. And they waited. And they listened. And before long, they collapsed into a heap at Cas Corach’s feet, their bellies rising and falling in rhythm with the music.

When the once-distant sounds of pounding hooves and rolling wheels had grown into a raucous din, Cas Corach spoke again, waking the daughters from their hypnotic slumber.

“My dear maidens, your tribute has all but arrived, and I fear our time together soon will end. It is such a shame, however…” and as he said this, he smiled, “that you did not get to hear my music with human ears. For only with human ears can the true depth and breadth of my music be explored.”

The daughters of Airitech looked to one another, their yellow eyes once again reflecting the cold moonlight. Then, moving in unison, they slipped out of their wolfskins.

Cas Corach had been correct. Once in human form, the daughters were able to experience the music in a different way. They were able to detect something that had been hidden from their ears before. A new dimensionality. An emotion. A sadness.

Unfortunately, these moments were fleeting.

In a single, swift motion, Cas Corach snatched away their wolfskins, and when the daughters of Airitech rose to give chase, they found themselves surrounded by an army.

One of these warriors stepped forward. A spear in his right hand.

The daughters huddled together.

“My name is Caílte mac Rónáin,” the man spoke. “Nephew of the great Fionn mac Cumhaill and the true and fair ruler of these lands. I sentence you devilish creatures to death.”

And with that, he thrust his spear.

The humanfolk buried the bodies, thus returning the daughters of Airitech to their father in the underworld.

I. E. Kneverday is an avid reader of Irish and Celtic mythology and a writer of short fiction. His work has been featured in publications and anthologies including Exoplanet Magazine and Drabbledark and is forthcoming in the Unearthed anthology from Altrix Books. His short story “Fromagegoria” won first place in Zeroflash’s flash fiction competition in July of 2018. Kneverday’s first book, The Woburn Chronicles, is available now on Amazon: http://amzn.to/2tLo5CL. Drop by www.Kneverday.com to learn more or come say hi on Twitter @kneverday. 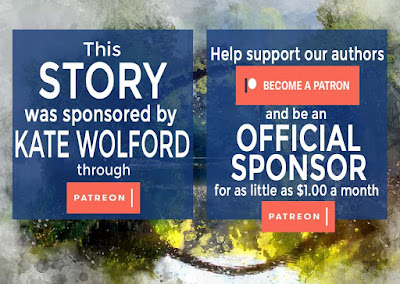