A Year of Angels, By Kate Wolford 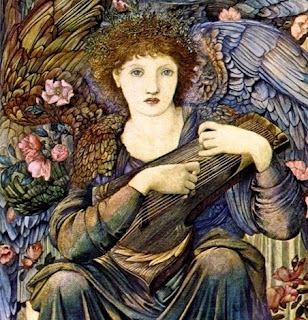 “In heaven, an angel is no one in particular.”— George Bernard Shaw

I do believe in angels. I think they are a pedestrian occurrence in the universe. “No one in particular,” as in average people like me, can and do access them.

There. I said it.

(Bear with me while I get to fairy tales through the angel path.)

And while I’m coming out of the closet as an angel person, I’ll admit to believing that reiki really works, and that sensing “vibes,” good and bad, is a real thing.

I’ve been sensing vibes my whole life, but turned down the ability in my early 40s, after having become exhausted by sensing the life situations and emotions of hundreds of students.

So what do angels mean to me? As much as I love gorgeously winged humans of classic paintings and illustrations, I think of angels as positive energetic forces in the universe. Ones that humans can tune into. 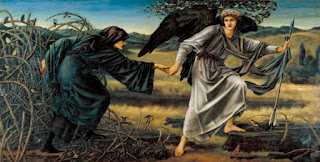 The whole reiki, vibes, and angels thing works together for me. It’s about access something beyond the seeable quotidian. It’s energetic and quite mundane, but in 2020, most people don’t see or accept that yet.

I think there’s so much we don’t know about science and the underpinnings of the universe that what I perceive as vibes and angels are likely totally natural forces that humans have yet to understand. But maybe we aren’t as far behind as we seem. Check THIS out.

As for reiki, if you don’t know what it is, you can find out HERE. And to those people who think energy healing is just placebo, I say, awesome! Placebo is a real thing. Find out more HERE.

But back to angels. I freely admit that my angel beliefs came after what has been the worst year of my life. My mother died in October, and that’s only one of the very difficult experiences I had in 2019.

As I was absorbing the loss of my mother, I came across a Udemy course called Complete Guide to Guardian Angels. Ros Place, a “Guardian Angel Communicator” was the teacher, and in her very sweet, knowledgeable, straightforward sort of way schooled the hell out of me on various aspects of guardian angels. It’s a very layered course.

And honestly, I do feel better when I ask my “guardian angel” for help. It’s perfectly okay with me if you think I’ve lost it. Or that early senility has set in. The fact is, though, that when I meditate on my guardian angel, I feel a real sense of a very specific, helpful presence. The day improves. 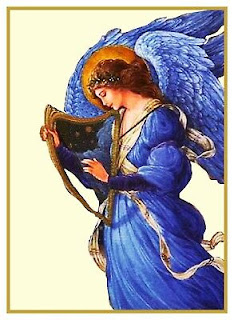 Whether you believe or not, I hope you’ll enjoy fiction on EC about angels this year or maybe submit one of your own original tales.

You can stretch the notion of angels to include fairies. And you can do the same things with them as suggested above.

By no means are my suggestions the limits of what you might do. You might make Cinderella’s fairy godmother an angel. Or make the seven dwarves seven putti. I can’t begin to suggest all of the possibilities. Just let your mind soar.

Really important: Angels come in all shapes and forms in different cultures and belief systems. And you may want to write a story free of any religious connotation. That’s fine.

EC is always open to stories about all kinds of people and cultures. And angel culture around the world is fascinating. Whitney Hopler writes on the site Learn Religion: “Hinduism calls each person’s spirit guide an atman. Atmans work within your soul as your higher self, helping you to achieve spiritual enlightenment. Angelic beings called devas guard you and help you learn more about the universe so you can achieve greater union with it, which also leads to enlightenment.” So if you’d like to write a story about a Hindu angel, give it a go.

As excited as I am about angels this year, know that this is a one-year theme and that your non-fiction essay submissions do not have to be about angels. Although if you want to relate creative nonfiction about a personal encounter with an angel, have at it.

I have a lot of submission rules. You absolutely need to read them before even starting a submission. They are HERE.

As for me, I’ll keep asking my guardian angel for guidance. As yet, my GA has no name and really doesn’t look like anything to me. Not even a ball of energy. Maybe you all will help me fill in the details.
Note: Although I don't believe that angels are literally like the ones in classic art, I love the look of them and you should feel free to describe them that way (or not) in your tales. All images here are by Edward Burne-Jones.
on January 01, 2020